Plus handicap golfers get ready for a very different playing handicap…

‘They compete better on such courses than a high handicap’ was the answer I got from the authorities when I asked why a plus handicap index player gets a more difficult playing handicap on a tougher course.  It was also pointed out to me that slope rating was not a measure of course difficulty, but a measure of the difference in how a scratch player will fair on a course compared to a 20 handicap. 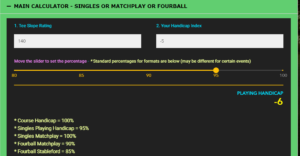 I’m reminded of when Padraig Harrington started running backwards to build his hamstrings up.  He had a method to the madness.  It seemed very odd at first.  However, he improved his lower body in an area he was weak in.

Perhaps this system will do a better job for all levels.  I suspect it will depend on the particular characteristics of the course.  But none the less, it will be interesting to see if it is a fairer system overall or not.

On the other side of this, on an easier layout a plus handicap player will have an easier handicap.  So that’ll also create results that will have to be assessed.  Having said that, how many course tees have a slope rating less than 113 that lower handicaps will actually be playing off?  The answer is very few, so they won’t be playing those courses and tees too often at all. 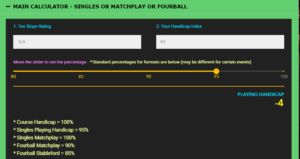 Moving on to the next point, I could put cards on the table from tougher courses where the course record off the back is only 4 under, in some cases 1 under going back decades, but yet you can regularly see winning nett scores of 40 points off those tees (from higher handicaps).  I could also lay out cards from easier venues where the course has been smashed to pieces by top players, with a few scores of -9.

So I do have some skepticism on this new criteria for the plus man.

In saying that, I do realise that high handicaps average cricket scores on tough courses and find a lot more consistency on an easier layout.  That may be the root of this change of approach.  However, wouldn’t the general index of the new system compensate for that already?  And it may skew handicaps for those that play predominantly on one type of course.

We know that high handicaps are particularly inconsistent, but that when they are hitting it straight and holing putts they blast out very low nett scores.  They did that in the old system where any bad score was just 0.1 back, and now they will be getting more shots to play with compared to the lower lads… on both general index and nearly always on playing handicap as well.

It could turn out that, when a few of the high handicaps in the field have their good day (and revolve such scores with another few high handicaps at the next competition), they could now run riot altogether on most courses.  And that’s just the honest ones!!  To top if off the new system may be even less cheat proof as regards handicap building!

We live in lockdown wonder.  And all will be revealed.

Many are saying it will be ‘carnage’.  Haha.

Well, at least as far as understanding and calculating your playing handicap, we hope to alleviate those issues.  Our calculator makes it easy as 1, 2, 3.

The general system and the scoring that results is another matter.  We will see how it pans out.

But calculating your handicap is simple now.  If you haven’t registered on coursehandicap.com, sign up today and you will also enter a contest for a fourball at the exclusive Doonbeg International Golf Links.  If you have already signed up you are in for that, but please share with your friends so they are ready for the new season and also have a chance to win this excellent fourball. 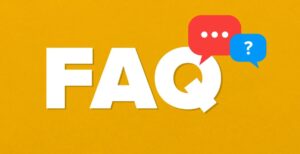 BookmarkWhat’s My Handicap Index? Under the new WHS (World Handicap System) your handicap index will change regularly. Before you play any game it’s always best practice to check your handicap

Bookmark  WHS handicap… course handicap… playing handicap… it’s a little overcomplicated, isn’t it? But once you know what these terms mean, it’s not so bad.  We will lay it out

How To Get Your Course & Playing Handicap

Bookmark  The clouds are evaporating, and the sun is beaming through.  It’s a good time to be alive and there is clarity.  I am talking about life and golf coming

Read More »
11 February 2021
We use cookies on our website to give you the most relevant experience by remembering your preferences and repeat visits. By clicking “Accept”, you consent to the use of ALL the cookies.
Cookie settingsACCEPT
Manage consent

This website uses cookies to improve your experience while you navigate through the website. Out of these, the cookies that are categorized as necessary are stored on your browser as they are essential for the working of basic functionalities of the website. We also use third-party cookies that help us analyze and understand how you use this website. These cookies will be stored in your browser only with your consent. You also have the option to opt-out of these cookies. But opting out of some of these cookies may affect your browsing experience.
Necessary Always Enabled
Necessary cookies are absolutely essential for the website to function properly. This category only includes cookies that ensures basic functionalities and security features of the website. These cookies do not store any personal information.
Non-necessary
Any cookies that may not be particularly necessary for the website to function and is used specifically to collect user personal data via analytics, ads, other embedded contents are termed as non-necessary cookies. It is mandatory to procure user consent prior to running these cookies on your website.
SAVE & ACCEPT
Scroll to Top